Man City Home Kit 22/23 is on sale from today in our website.

At first sight of Man City Home Kit 22/23, I knew the design of this Manchester City Jersey 2022/23 was a tribute to one of their predecessors at club and country - Colin Bell. He is considered by many to be Manchester City's greatest ever player because of his remarkable career at the club between 1966 and 1979.

Launched by the English club and Puma, the new Man City Home Kit 22/23 pays homage to the late 1960s with a classic design. It combines Manchester City's traditional sky blue main colour with maroon at the neckline and cuffs. And the neckline and cuffs have a similar style - two maroon rings around a white ring. The Puma and Etihad logos on the front of the jersey are dark blue. As you can see, the Puma logo is placed in the centre of the jersey, below the Manchester City crest, which is also the centre crest. And the maroon details are clearly inspired by the jerseys of the 1960s, when Manchester City were led by "Colin the King" Bell.

From 1967 to 1971, no team could match the style of Manchester City. Manchester City went on to win all domestic titles non-stop, winning the European Cup Winners' Cup in 1970. 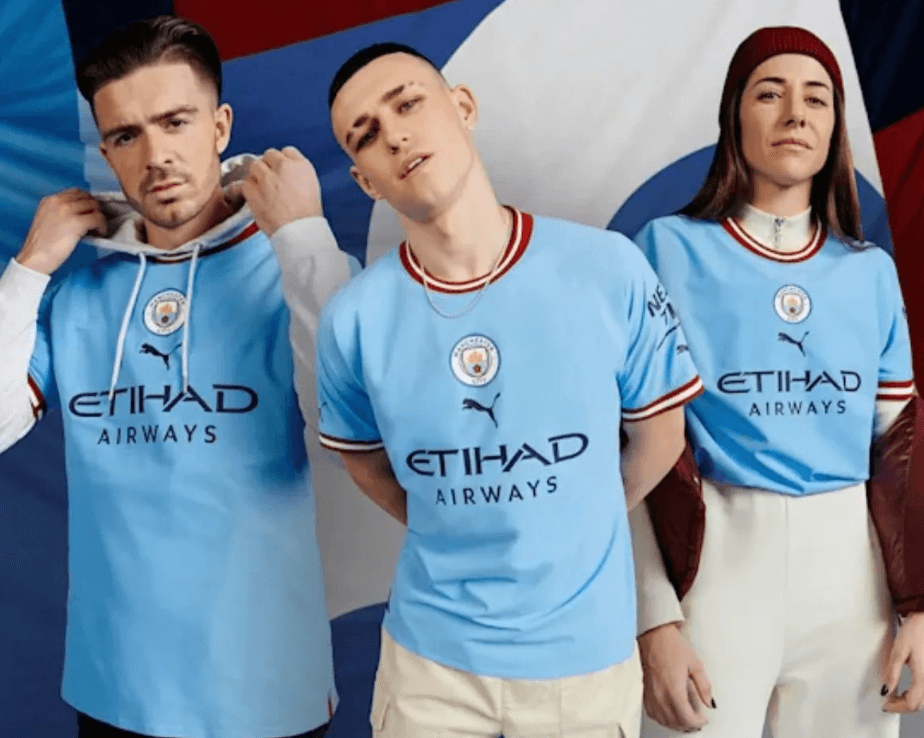 “The new Manchester Home kit is a fitting tribute to classic City Home kits styles of the past. We wanted to create a modern spin on the jerseys worn between 1967 to 1971,” said Marco Mueller, Senior Head of Product Line Management Teamsport Apparel. “The maroon trim was an important detail because this was an iconic color seen on many of the previous City Home kits. The jersey is a great homage to the entertaining teams of old and the exciting free-flowing football of the current City team.”

Colin Bell MBE is an English professional footballer who plays as a midfielder. He played for Manchester City for 13 years and he is considered one of the greatest players the club has ever seen. Bale made 48 appearances for the England national football team. In 2004, the West Stand at Manchester City Stadium was later named after him. 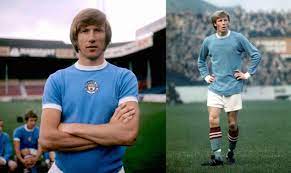