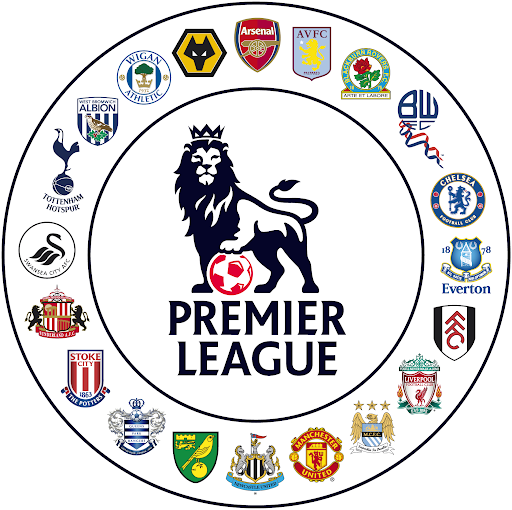 However, despite what seemed like the popular and the crowds favourite among the world of football some section still refer to the La Liga, Spain's elite football competition as the best in the world.

The fanatics of Spain's top-flight may not speak Spanish but they indeed think football clubs in the country speak the language of the game better. This school of thought jettison the argument on brand, publicity and media, but ride on the tactical approach and, until Messi's exit from Barcelona in the summer, the presence of the best players in the world.

After all, football is all about what goes on on the pitch of play and the protagonists who do the playing on the pitch and there are not any player better than Messi and Ronaldo.

The argument has been on for as long as we can remember but the best amongst both leagues have rest on so many criteria though valid but set by the fanatics. For fanatics, Goal Jerseys has both Premier League and La Liga jerseys.

However, we will start our assessment from how UEFA coefficient ranking gives an indication to which of the two leagues is best.

UEFA's 2021 coefficient placed the Premier League above its Spanish counterpart but while this could be said to be straightforward, there is a reason behind Premier League topping the coefficient ranking four times in the last 5 seasons.

However, both leagues have 7 clubs in European competitions and this brings us to the teams who play in both leagues, they contribute to the strength of the coefficient and UEFA Club competitions fixtures are not rare among them.

The competitiveness of each league based on the number of different winners of the league title is used, performance of clubs from both leagues in Europe is also put into consideration. Talking about coefficient, some argue that you can't know it better than UEFA who ranks leagues based on points coefficient.

While some consider competitiveness as the possibility of different clubs emerging as champions irrespective of club's stature. This is made more possible in the Premier League because of the financial fairness in the sharing formula, but does this competitiveness reflect in the identity of winners as claimed or is the La Liga more competitive in terms of winners.

Using the last decade as a criteria both leagues share similar number of winners with no team coming in between Real, Atletico and Barcelona. In the Premier League, Leicester City's 2016 win made it five different winners for the decade in the Premier League after City, United, Liverpool and Chelsea.

For those who relied on competitiveness to determine which was a better league, Premier League is always considered superior, at least there is a bracket of big clubs, initially believed to be top four consisting of Arsenal, Liverpool, Manchester United and Chelsea, then followed by the top six with the addition of Manchester City and Tottenham.

All six have periodically interchanging positions within the top six all through the season for the past decade especially after Manchester City's big money take over. Asides this, fans compare the financial, structural and personnel qualities of teams from both leagues and this is where the distinction starts to come in.

Financially, the Premier League is richer with TV, and media money shared appropriately among the 20 clubs, this has also reflected in the salary cap of Premier League players, while only a handful of La Liga clubs outside the top two can match the spending power of the Premier League's top six.

Besides, the brand and image of the top six of the Premier League is only bettered by Real Madrid and Barcelona. N.ot many others in the La Liga can give a bigger brand and control a larger fan base around the world like, Liverpool, Chelsea, Manchester United and Arsenal does.

La Liga's poster boys Real Madrid, are thirteen time UEFA Champions League champion and Catalonia side Barcelona. Sevilla, who have won the UEFA Europa League three times back to back while Atletico Madrid has risen from the shadows of late, winning the La Liga last season and twice missing the UEFA Champions League title only in the finals.

Villarreal, Valencia and Athletic Club are some of the clubs who have either won or get close to the La Liga title.

Finally, fans and analysts do rate the La Liga higher with technical players, others believe that the atmosphere at a Premier League game trumps what is available at La Liga match venues.

Also the numbers of big games available in the La Liga is smaller than the Premier League, also the two biggest players in the world of football spent over 15 years at the La Liga, it did raise the status of the elite division in Spain but the median followership still didn't beat that of the Premier League.

The UEFA Champions League has been clearly dominated by Spain and England especially with Barcelona and Real Madrid, while Chelsea won twice and Liverpool once.

It has been pretty tight with all considerations but the Premier League stand out on the media, followership, wealth, competition and all. Nevertheless, the La Liga has two of the biggest teams, had two of the greatest players of all time playing week in week out.

The debate will continue wether it's about the tactical style of play or the kind of players available in both leagues. La Liga or the Premier League? Let's discuss later.