In five months, the 2022 Qatar World Cup will officially open. As we all know, the World Cup is not only a gathering of elite players from various countries, but also a collection of classic jerseys. Every World Cup has an unforgettable moment, and the jerseys are worn by each national team also carry the memories and emotions of generations of fans. 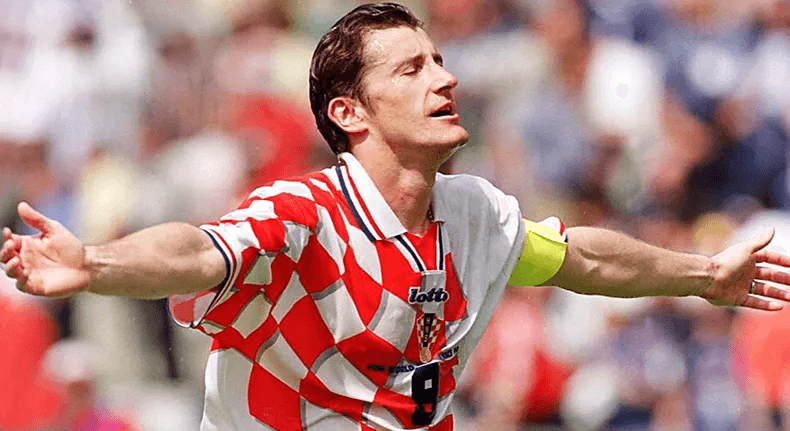 Unlike club jerseys, the replacement of national team uniforms is slow. Nonetheless, the design of national team jerseys requires extra care from designers and manufacturers. Because the national team jersey represents not only the team, but also everything in this country from the past to the present. Designers often spend months designing jerseys with national characteristics. Among them, there are many choices of jersey colors, from common national flag colors to special colors with historical, political, or regional significance, which require designers to match carefully. In addition, designers have to take into account the country's traditions, and use the jersey to present the country's history in a modern way.

For fans, whether the uniform looks good or not is a subjective judgment - some people like it and some people don't. However, it is this subjectivity that makes the previous World Cup jerseys an important carrier of fans' memories. Whenever you see this jersey, people recall not only exciting games, but also unique memories of that frenetic summer. The beauty of the World Cup is that it is held every four years, and four years is enough to change a person's life.

As the birthplace of modern football, England has countless fans all over the world, but the English national football team only won the championship in the World Cup held in the country in 1966. They were wearing red at the time and won the trophy by beating West Germany 4-2. Therefore, this red jersey is not only left in the memory of fans, but also recorded in history forever. The only regret is that due to technical reasons at the time, the jersey was a bit heavy and the ventilation was not very good.

The red jersey is indeed unique for the Three Lions, which have used white as the main color of their jerseys in modern times. And in the era when color TV was just popularized and the resolution was limited, it was difficult to distinguish England's jersey from the dark horse North Korea's jersey without looking closely at the players wearing jerseys and the logo on the chest of the jersey. But it is also wearing this anti-traditional "red robe", Bobby Charlton, Jack Charlton, Bobby Moore, Gordon Banks, and others completed the only coronation in the history of "the originator of football".

In recent years, England's away jerseys have been mostly red, which is also a tribute to their predecessors. In that World Cup, the excellent performance of the England national football team made this jersey a sacred symbol in the hearts of England fans - the simplest red style, carrying different emotions.

When talking about Brazil, the kingdom of football, it is inevitable to think of: yellow, green, blue, and white together form the team's representative colors. In fact, none of the above four colors appeared on the earliest uniforms of the Brazilian national team. In 1953, a Brazilian newspaper made a statement that the team should use the colors of the national flag to make their uniforms reflect the national characteristics. As a result, the Brazilian national football team began to use these colors. The green on the Brazilian flag represents the rich land and forests, the yellow represents the country's primitive wealth, and the blue represents the vast night sky above Brazil's national territory.

Although the newspaper that made this suggestion has disappeared in the long river of history, this team uniform has been passed down to this day. Pelé, Garrincha, Zico (Arthur Antunes Coimbra) until now Neymar, generations of football geniuses have shown the world the charm of Brazil in yellow shirts. 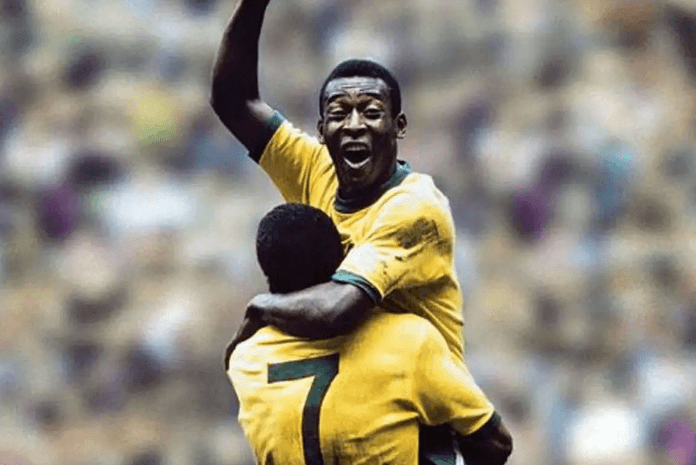 There is no doubt that the most classic jersey in the history of Brazilian football is the 1970 Brazilian jersey. In that World Cup, the Brazil team won all six games, scored 19 goals, and scored more than three knockout games, and the Selecao scored two goals per game. In the final, Brazil beat Italy 4-1, Pelé, Gérson, Jairzinho, and captain Carlos Alberto each scored a goal, especially Jairzinho, known as the "Hurricane", has scored in every game of this World Cup. This win gives Brazil the right to permanently retain the Remit Gold Cup. That year, Pelé wore the yellow jersey and lifted the gold cup, which became one of the highlight moments in the history of the yellow jersey.

That year, the Netherlands entered the World Cup stage for the first time. They wore orange jerseys on the field, which is the representative color of the Dutch royal family, giving the jersey a distinctive aura. Since then, Frank Rijkaard, Ruud Gullit, Marco Van Basten and then Arjen Robben, the artistic football presented at their feet have all fully interpreted the Dutch jersey.

But among the orange jerseys of all generations, Johan Cruyff's No. 14 may be the only classic: not only because of its slim, compact design, but also because it is a special case of the jersey. At that time, Johan Cruyff refused to wear Adidas' three-stripe jersey. In desperation, the Dutch Football Association could only reach an agreement with the top player in the team. Therefore, Johan Cruyff's jersey has only 2 bars from collar to cuff, while the other teammates have 3. In that era when sponsorship terms were not perfect, only Johan Cruyff could make sponsors willing to make exceptions for themselves. 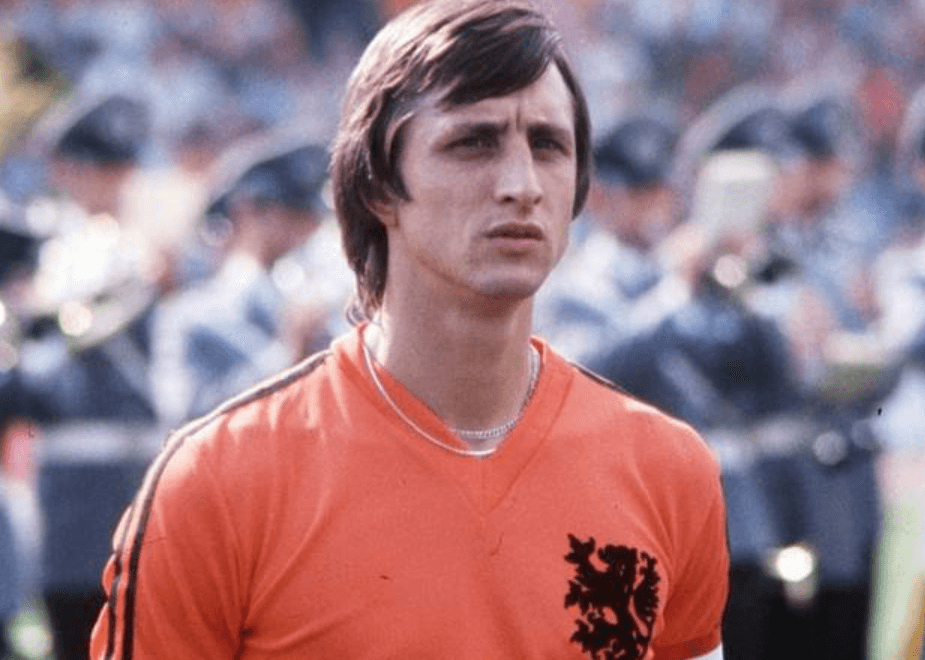 This year, it was Kempes who stood out among the confetti at River Monument. Kempes is unforgettable with his handsome face and his technical movements as graceful as a dance. Along with the host's overtime victory over the Netherlands, the jubilant Argentine generals also made the blue and white striped shirts based on the national flag implanted in the fans' minds. Although it is incompatible with Brazil, the South American duo are similar in the loyalty of the national team jersey styles. Since then, the biggest adjustment of the Argentine jersey is just the shorts swinging between black and white, and the width of the blue and white vertical bars. 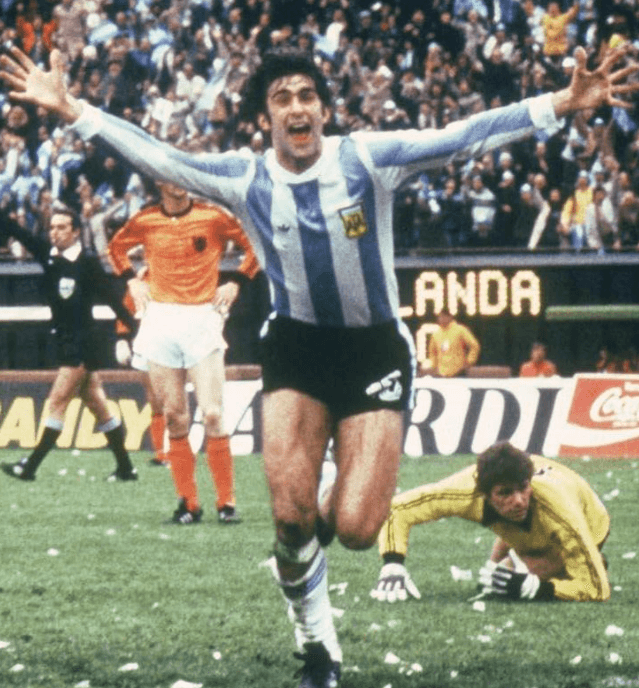 Before the 1990 World Cup, Germany's jerseys had always been known for their variety. But since Adidas creatively designed the red, black, and yellow colors of the German flag on the jersey, the German team jersey suddenly became a bit more unique and beautiful. The design of the German jersey has also become regular.

The German team at that time was the golden generation of the German national team, and the 90 World Cup jersey was also the most beautiful in German history. The essence of the jersey is the black, red, and yellow stripes on the chest, like an eagle flying high. This jersey is also considered by countless fans to be the most classic jersey. The diagonal three-color stripes on the chest and shoulders of the top give people a great visual impact.

As early as the 1984 European Cup, the elegance and beauty of the blue jersey made fans shine. Until the last World Cup of the last century, France was finally crowned on its soil. Therefore, this new design, which perfectly integrates the tricolor into the jersey and shorts, is deeply engraved in the minds of fans. The trouser line, cuffs, and neckline are all introduced with red, white, and blue stripes, and the trendy style is more like a work of art. As the "royal robe" for the first coronation of the Gallic rooster, there is nothing more classic than this.

Although the focus of the 1998 World Cup was on Ronaldo Luís Nazário de Lima and Zinedine, the two ace players, this could not overshadow the excellent performance of the Croatia team in this tournament. The war did not prevent Croatia from entering the World Cup. In the 1998 World Cup, "Golden Left Foot" Davor Šuker led Croatia all the way to the semi-finals of the World Cup, until they lost to the host France in the semi-finals.

Compared with the somewhat uniform design of the major sponsor camps of the World Cup, the asymmetrical red and white Gefu stole the limelight as soon as it appeared. The two most common colors have outlined the most wonderful chemical reactions. Today, the red and white grids still make Croatia recognizable at a glance.

The design of this jersey can be described as "unprecedented" in the history of the World Cup, causing a sensation in world football. Puma's tailored sleeveless jersey for Cameroon is especially thoughtful. In addition to retaining Cameroon's classic green, yellow and red main colors, the three yellow slashes under the rib of the jersey signify the claw marks left by the Cameroonian team's nickname "The Lion". The sleeveless design is more able to liberate the upper body of the player.

There are several designs similar to lion paw prints on the rib of the jersey, which perfectly reflect the authentic atmosphere of the African continent. Unfortunately, FIFA banned sleeveless jerseys, so Cameroonian players had to add an extra "sleeve", and this innovative jersey became "extinct". 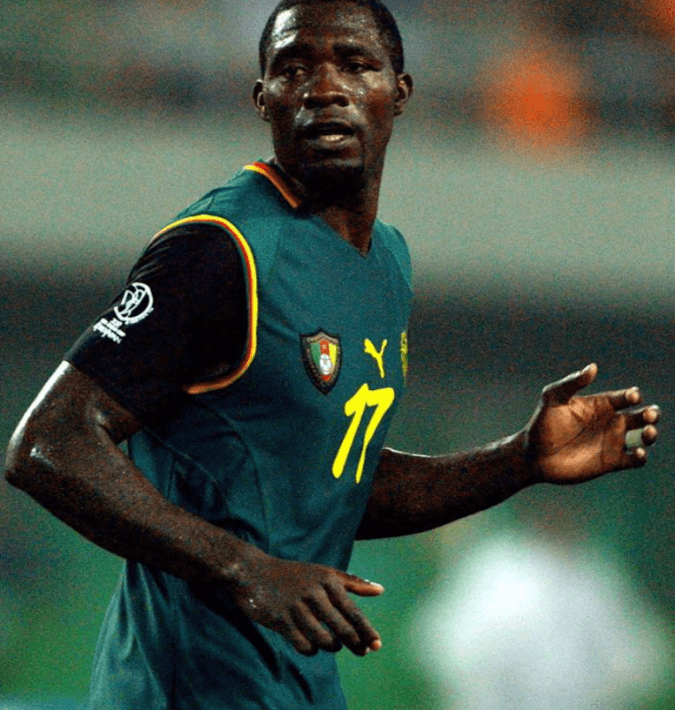 In fact, in that World Cup game, the Italian team was not optimistic. However, with strong defense and strong cohesion, the team made it through all the way, beat France 5-3 on penalties in the final, and then won the fourth championship trophy in team history. And shockingly, in this game, French star Zinedine Yazid Zidane was sent off for a headbutt against Marco Materazzi in extra time, which shocked everyone.

In the eyes of female fans, the tight jersey of the 2006 European Cup Blue Shirts may be the best Italian jersey in history. The blue of the 2006 Italian jersey is purer, and the golden number is more domineering. Of course, the most important thing is that with the blessing of handsome guys such as Alessandro Nesta, Fabio Cannavaro, Francesco Totti, Alberto Gilardino, etc., the fashion of this jersey instantly exploded. 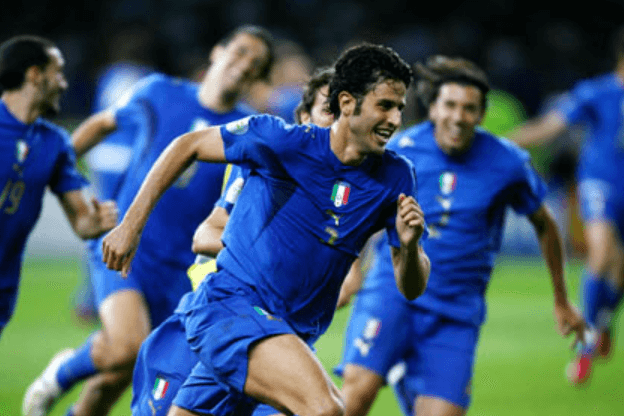 Whether it is a club or a national team, the red jersey has many classic designs. In other words, red is one of the most common colors used in jersey design. But the 2010 world champion Spain's jersey, undoubtedly achieved otherworldly. Compared with the overly complicated design of the red and yellow blocks when they were crowned at the European Cup two years ago, the Spanish jersey this time is simple and refreshing. The high contrast of the red jersey and the dark blue shorts, the number on the front right of the chest, and the just-right yellow stripe interpret the beauty of simplicity.

The World Cup is not only a grand event for players and fans, but also a carnival for every participating country. In this atmosphere of full participation, every citizen is a part of the competition. Therefore, at such a time, no matter what domestic conflicts may arise, they can be left behind. Just like the Olympics, this is the unique charm brought by sports, and the jersey plays more of a carrier role in it.