In fact, the decision of Qatar to be chosen by FIFA as the host of the World Cup has caused a lot of controversy in society.  This is the first World Cup to be held in the Middle East, which is the long-announced commitment of the World Governing Body. Preparations for the eight stadiums have been in full swing since 2010 when FIFA announced that Qatar would host the 2022 World Cup. After all these years, all eight venues have been built.

Before we talk about the eight venues, we should perhaps know why hosting games in the Middle East is controversial.

Why do people disagree with "holding the World Cup in Qatar"?

From the moment it was announced, it has been controversial. I think the most important reason is the temperature---summer heat in Qatar can exceed 40ºC. Hosting the World Cup in the Middle East would mean postponing the tournament from June/July to November/December. Although it avoids the hottest times in the Middle East, it breaks the tradition, which means changing the schedule of major European leagues, the Premier League being just one of them, and they need a six-week break for players to represent their countries during the British winter.

Besides, allegations of corruption in the bidding process have also damaged it's credibility. However, Qatar has consistently denied any wrongdoing, and a FIFA investigation has found no evidence to the contrary.

In any case, you don't need to worry, Qatar has made a lot of efforts to solve these problems. Now, let’s look at Qatar and the venues!

Qatar is located on the Arabian Peninsula.  It's one of the richest countries in the world, that’s why it can build so many quality stadiums in such a short time. Over the years, Qatar has been trying to strengthen ties between cities hosting the World Cup. It wants to offer a chance for fans from around the world to enjoy a unique experience in the Gulf State. You can find the verification from the next paragraph.

The capital of Qatar is Doha, which is home to the Khalifa International Stadium. That's the only stadium that wasn't built from scratch. All stadiums are within a 55-kilometer (35-mile) radius of Doha, which will provide fans with incredible convenience. Unlike previous events, those traveling for the event can stay in one hotel and have access to all the different host venues without having to fly between cities or travel overnight. 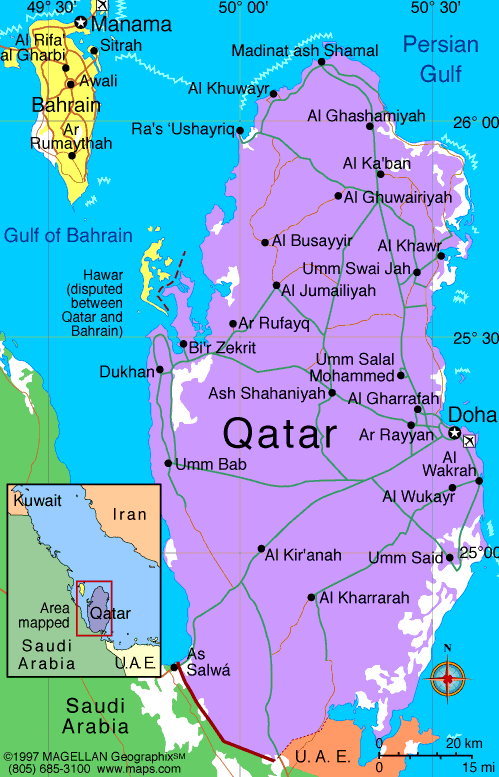 Al Bayt Stadium, is the most northern location for the competition in the city of Al Khor.The stadium will also host the opening match of World Cup 2022 within a year and nine World Cup matches this year. So it is one of the most important stadiums in Qatar.

The stadium's design is a clear reflection of the country's culture, rooted in the historic tents used by early nomads. To welcome fans from all over the world, the outside of the stadium is a tent-like structure, while the inside houses world-class football facilities. With a maximum capacity of 60,000, the stadium is not only a great example of the region's traditional design, but also a reminder to locals of their rich heritage. As sustainability was given great significance in the construction of the arena, lawns and trees were planted throughout the area, as well as many water features and lakes, much to the delight of visitors. 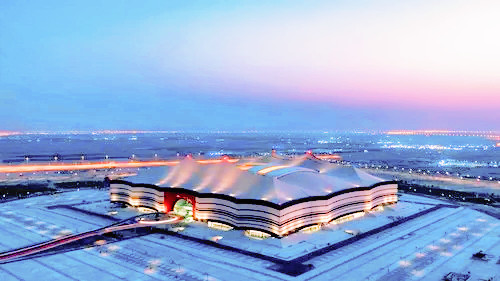 The Ahmed Bin Ali Stadium was built in 2003 and renovated in 2016 for the 2022 World Cup. After the renovation, it was launched on Qatar National Day after the 2020 Amir Cup final.

The Ahmed Bin Ali Stadium is located in Rayyan and has a capacity of 40,000, which is inspired by dunes and Islamic architecture. The stadium's exterior is filled with glowing and color-changing multimedia screens. Currently, the screen is covered with a metal film, painted with motifs and motifs common in Qatari architecture. According to StadiumDB's best Stadium 2020, The Ahmed Ben Ali Stadium was ranked third in the world.

The most striking aspect of the ABA Stadium is its shiny façade, which is composed of patterns representing the different characteristics of Qatar. Its elements include "family, beautiful desert, native flora and fauna, and domestic and international commerce". The fifth shape, the shield, which is a combination of other figures, symbolizes strength and unity, and is also associated with the city of Reyon.

The 40,000 capacity stadium was designed by British-Iraqi architect Zaha Hadid.  Located in Al-Wakrah, Qatar, it was officially opened ahead of the 2019 Amir Cup final.  The building was inspired by the sails of traditional dhows used by pearl fishers in the area -- curved beams support the roof, similar to the hull.  The curved roof and exterior reference Al Wakrah's seafaring history, in addition to giving the viewer a sense of being on a boat.  Besides, the wave pattern used on the roof of the stadium and the use of wood in the interior of the building impress the guests inside the stadium. 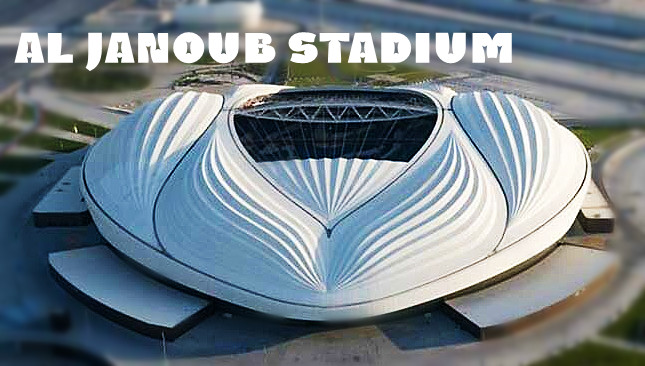 Al Thumama Stadium, located in the south of Doha, is a circular stadium in the shape of a concrete bowl with a capacity of 40,000 people.  Inspired by the "Gafhiya" weaving pattern, the exterior of the building resembles the traditional hat of Muslim men as a symbol of dignity and freedom, reflecting the modern and traditional character of the country.  In addition, the entire stadium can maintain a constant temperature of 18ºC.

The 40,000-seat Education City Stadium in AL, Qatar, will be opened via electricity. The building is called Education City Stadium because of its proximity to the best universities in Doha, and the name is also a tribute to knowledge and education. Education City Stadium is the first stadium in this World Cup venue to receive a five-star sustainability rating from the Global Sustainability Assessment System. Inspired by "diamonds", the building features a geometric façade with marquetry that changes color when exposed to sunlight, known as "diamonds in the desert".After the games, the seating capacity of the stadium will be reduced by half and over 20,000 seats will be donated for the construction of stadiums in developing countries.

Khalifa International Stadium is the only World Cup stadium in Qatar that was not built from scratch, and the most iconic arena in the Qatari country. It has been in operation since 1976, and local standards feel that it has worked well. After extensive renovations, the stadium reopened in 2017, with a capacity of 40,000 people, and the quarter-final matches will be held there. With advanced cooling technology, players and fans are kept at the ideal temperature for the game, while the stadium's modern features include the iconic double-vaulted exterior.

It has hosted several top international competitions and tournaments such as the Asian Games, gulf Cup and AFC Asian Cup.

Designed by Foster+Partners, the Lusail Pavilion draws on Arabic architecture, with Islamic date bowls and enamel lanterns as inspiration, presenting a very Middle Eastern-inspired golden bowl shape. It is located in Lusail New District, about 15 kilometers north of Qatar's capital Doha, where the opening, final and closing ceremonies will be held. What makes it different is that it is a single cable-net roof single building with the largest span and the largest cantilever distance in the same type of cable-net system in the world, and it is also the largest venue for this World Cup, which can accommodate 80,000 people.

Stadium 974, 70% of that is made of containers, and the number of containers is 974. This number is the same as the international area code of Qatar. It is the first stadium in the history of the World Cup that can be completely dismantled.

The stadium as a whole is composed of 974 "large containers", so the "974 Stadium" can be freely disassembled, and the designer also changed all the spaces of the containers into private rooms, which are equipped with luxurious seats and toilets. In addition, some containers have been transformed into special stands for disabled people, which are set up for disabled people to enter and exit the venue. From a distance, the entire stadium looks like a port and dock, which is very special.